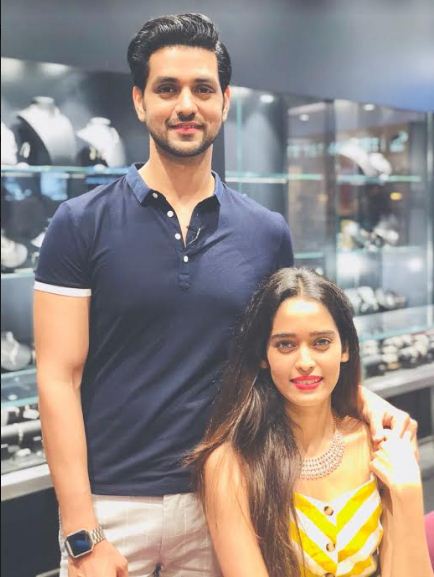 Diwali is that time of the year where either the television celebrities take off to vacations or visit their hometown. Shakti had a rather sweet surprise before Diwali for his wife, Neha Saxena.

Shakti took 'Diamonds are woman's best friend' quite seriously & took her for a surprise shopping experience & ended up gifting some diamond jewelry from ORRA, a premium jewelry brand.

The duo has appeared together on the couple reality show Nach Baliye.  Shakti is currently seen in Silisla Badalte Rishton Ka on Colors while Neha was last seen in Siddhi Vinayak.

Now, Shakti is giving all of the guys out there some major #husbandgoals isn't it!